When the Devil Wears Prada, What Should We Do? 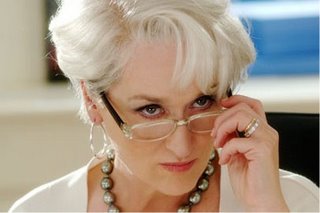 Just watched The Devil Wears Prada with Shirley in an attempt to escape at least for two hours from the non-stop string of media calls and lingering mental stress at work. While it was not a really good laugh as I expected, the whole line-up did a wonderful job to play their roles remarkably well and in an appropriate manner.

The most impressive of all, not surprisingly, was Meryl Streep.

She didn't just play the role, but Anne Hathaway did. She appeared exactly as Miranda Priestly, the character she played. She convinced the audience subtly but thoroughly with her voice, her eye contacts, her facial expression, and the way she behaved. Her soft and gentle voice, which I found irresistible, created an amusing contrast to Miranda's cool-headedness at work and ruthlessness in giving the people around her a truly horrible time. I can't really tell how much I admired the light but sarcastic tilt of her sexy thin lips when she sneered at someone. Her eyes of unbeatable self-confidence at the luncheon address in Paris and of outrage comparable to a silently erupting volcano were simply GORGEOUS.

I can't understand why I could possibly forget her appearance in Kramer vs Kramer, The French Lieutenant's Woman, Sophie's Choice, Out of Africa and The Bridges of Madison County, all classic blockbusters when I was young. It seems that I didn't take her seriously enough until The Hours.

What have I been doing all these years? How could I possibly miss or forget any of these?

The rest of the line-up did a great job too. I would like to give Emily Blunt (Emily) and Stanley Tucci (Nigel) a special credit. Their performance was really funny and amusing. Anne Hathaway was good, but not as much as she did in Brokeback Mountain, which was absolutely impressive and groundbreaking.

Having said that, I couldn't help having serious doubts over the moral of the movie, which, in my opinion, has become something worse than a cliche. The most obvious was that Andrea made the right choice at the last moment before she lost herself in the labyrinth of luxury brands and extravaganza. Fair enough. But what it really implied was the outdated doctrine that a woman who succeeds in her career has to pay the price of giving up her family and love. (By the way, how is success defined here? Wearing Prada and Versace on a daily basis?) Miranda, the editor-in-chief of the world's leading fashion magazine and one of the most influential fashion commentators that nobody in the fashion and publishing businesses can ever afford to ignore, was portrayed as a desperate and career-obsessed woman who had no personal and family life. She made not only herself but the people around her miserable. She had nothing to look up to except her career, and that marked the beginning of the vicious cycle of a devil becoming a worse devil with time because she simply had no other alternative to keep her job.

My point is, however, why should we keep emphasising the fallacy that women who succeed in career are all devils with family and love blunders? There is absolutely no correlation between career success and family life whatsoever. Notwithstanding the fact that many successful working ladies are married with happy children and husbands, why should marriage remain a primary measurement for personal success or fulfilment rather than a matter of personal choice that is no one else's business but something that deserves others' respect and understanding? Is giving up one's job for the sake of love and family when there is an obvious economic problem a wise choice? People in Hong Kong who have been struggling to make their ends meet in a city without a strong social security system that respect the dignity of recipients should share some of my scepticism.

Another thing that I don't really understand is that why people around Andrea overreacted in such a negative manner to Andrea's endurance and determination to "conquer" the devil? Apparently she knew what she was doing, and she didn't compromise her integrity as she moved forward. It was unfair for Miranda to imply that Andrea had betrayed Emily as she did the same to shatter Nigel's dream. This was nothing comparable in any sense. Andrea made it clear to her boss that it should be Emily who joined Miranda to the business trip to Paris, but Miranda intimidated Andrea to make a reluctant decision with obvious implications. Imagine what would happen you don't listen to your boss who has a notorious name of being the unpredictable and uncompromised? You shall risk your job and perhaps your future in the same industry. Come on, let's be a bit more honest and less hypocritical. Do you really have the guts to say no when your bills remain unpaid and you have a family to support?

Don't take me wrong though. I have no intention to defend Miranda's devil deeds. On the contrary, it was Andrea's strategy of managing Miranda, based on Nigel's advice, which again made me a bit uneasy. Nigel said Andrea was actually whining instead of trying, and said that Miranda was trying to do a good job. I found this unacceptable as it sounded like defence and tolerance of tyranny. A person as capable and powerful as Miranda should be able to work out a way to treat people around her in a more respectful manner. Asking for an unpublished copy of Harry Potter for her spoilt twin daughters was simply not the right thing to do. While it was understandable why she did it to comfort and remind herself as a mother, it was undoubtedly a poor parental strategy that, unfortunately, many wealthy working fathers and mothers adopt nowadays.

Well, unfortunately there is some sort of dilemma here on how to keep one's job without compromising too much of one's integrity in terms of defending or tolerating tyranny unconditionally. Perhaps Nate was referring to the unreasonable orders from Miranda rather than her non-stop calls to Andrea beyond office hours. But he didn't make it clear and to someone from the workaholic city of Hong Kong, taking business calls beyond office hours (do these still exist anyway?) just doesn't deserve any mention - let alone making a fuss of it. 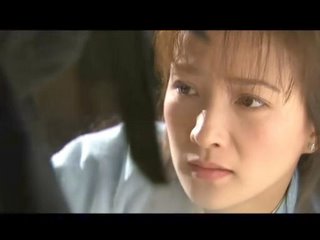 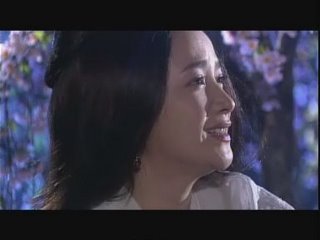 Email ThisBlogThis!Share to TwitterShare to FacebookShare to Pinterest
Labels: 奼紫嫣紅