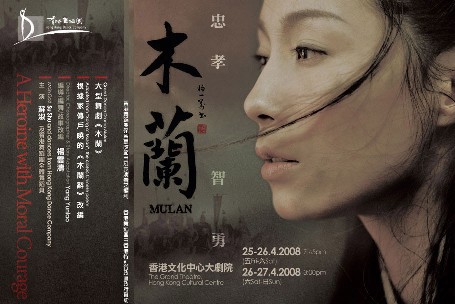 Posted by 秋盈 at 9:52 am No comments: Links to this post

Friends who say I have been too harsh in my grumble for the local media have recently found new ways of rebuttal.

"Look at those stupid foreign editors who can't even tell Nepalese police uniforms from the Chinese," they say, "And the absurdly cropped pictures that removed some violent rioters in Tibet from readers' eyesight. It doesn't matter whether or not they did it deliberately. Foreign media are just as crappy as the ones we have here, or even worse. They are not as professional and sophisticated as they think are."

Of course, my dear. My criticism of the local media by no means implies any compliment to their foreign counterparts. I have no intention to benchmark the local media's professionalism against anyone else but common sense and textbook theories, although it may seem a bit too utopian. More importantly, my training as a journalist bequeaths me a deep understanding of how information can be distorted to tell the crafted agenda of the journalist, or whoever he/she writes for. It's just no brainer.

What intrigues me most in the Tibetan riots in China last month and the so-called "public relations crisis" that ensues is that thousands of people in and outside China seem to be too obsessed with their version of truth, which is built on nothing but their imagination, or, to be absolutely blunt, prejudice. I wonder if anyone can think with a cool-head what is actually going on and what they are really talking about.

With freedom of speech, it is too easy to jump on the bandwagon to blurb something from our impulse without even knowing what the issue is - or do we bother to know in the first place? It makes us feel so good articulating our perceptions that few can challenge, rather than going through an analytical thinking process before the blurb slips off our lips.

As we can see in those appallingly unprofessional news reports running wild on the internet and those protesters who tried to disrupt the Beijing Olympics torch relay in London and Paris, there are far too many foreigners who truly believe that China is still a totalitarian state that would spare no effort to suppress any voice of opposition. Images of armed police officers running after protesters, arresting people serve nothing more than the latest reinforcement of their imagination of China as a ruthless regime that treats its people like slaves. While they condemn the Chinese authorities of the so-called violent suppression, they choose to ignore scenes of a mob beating people up, smashing windows and looting shops on the other side of the street. Some of those who criticise China of denying its people human rights even tried to snap the Olympics torch forcefully from a disabled Chinese athlete on a wheelchair. To me, they seem to think if they are acting against an evil authority, they become the good guys and whatever means they employ will be justified and deserve to be supported.

What a nonsense. It just reminds me of the bloody ecstasy of the crusades centuries back, and the ongoing "war on terror".

Again, criticising those supporting Tibet independence or anti-Chinese protesters doesn't mean that the Chinese authorities are getting my compliment. While it will be unfair to neglect their efforts to enhance transparency of communications, the dull and tasteless rhetoric of communist propaganda failed to capitalise on an opportunity that would have been able to help Beijing get an upper hand in the worldwide battle for attention and sympathy. Some local media even said Beijing has already lost its say in the matter. Not surprisingly, the so-called evidence of Dalai Lama's involvement in the riots is still far from convincing. The official imagination that a Big Brother is sitting behind those who are sceptical and disapproving of some of China's deeds doesn't help either. In fact, I really wonder whether or not there ever exists a bunch of individuals who can qualify to be the much-touted "anti-China forces". Be they the senators of the United States who promote trade protectionism, or those "international" pressure groups that choose to monitor human rights in a communist regime in the Far East rather than their homeland across the Pacific, those are the ones who feed on whatever opportunities they can find to create confrontation and hostility by manipulating differences. This is how they survive and their existence is justified. We simply have to put up with it. Pointing an accusing finger at someone else's nose or plunging into a debate of what actually happened will lead to nowhere.

A truly effective way to keep imagination and prejudice at bay is to be open, patient and confident. Be open, so that people can see what you do and how you think. Be patient, so that you don't get crossed when people keep questioning your intention as if you were born evil. Be confident, so that you are not afraid of doing what you think is right and defending your position when you are being criticised harshly and unreasonably. Certainly it is not a quick fix, and I don't believe there is any, because human prejudice is the most difficult to change on earth.

At the end of the day, the issue is all about how people think. As we have seen, people don't really think with their brains. They think with their eyes and ears. They believe in what they see and what they are told, without really questioning whether or not they have been given the full and truthful details. They use their imagination to build the full picture like putting together a jigsaw puzzle and take it as the reality. Anything that challenges this work of human cognition and self-esteem will no doubt meet stubborn opposition. And this is precisely why openness, patience and confidence is important to break the ice.