Posted by 秋盈 at 8:32 am No comments: Links to this post

Readers of this blog may notice that I have not been commenting on recent affairs for a while, be it the melamine scandal or the global financial tsunami that is sweeping through different parts of Asia.

Well, not that I don't want to do so, but I simply don't have the luxury of time. Not so much the time for writing, but thinking.

If I tell you the previous blog entry took me more than six or seven hours in two days to write, you should understand what I really mean.

But I must admit that I didn't intend to comment on the melamine issue. The reason is simple. There is little to comment on the evil and heartless deed of some profiteering opportunists. All they wanted to do was to make lucrative profits, but they didn't know their money was extracted from human health, especially children. Those guys had the knowledge of increasing the protein levels in milk products by illegal cheats, but they didn't know the adulterated amounts were sufficient to cause permanent harm to human health.

Isn't it ridiculously sad? Does it mean the chemistry education in China has nothing to do with moral values of mankind? How can you give any meaningful comment when an amateur chemist smart enough to understand the correlation between melamine and protein content in food products that is detectable by the most widely used testing methodology told you that he didn't know too much melamine would kill?

Some may say those amateur chemists are facing severe punishment. I don't really care, as long as they are paying the price for what they did. However, I can no longer stay away from even more pressing issues about our future when the melamine storm spreads to other foodstuff, such as eggs.

As early as in late September when the melamine issue was flaring up and the Hong Kong Government was developing the safety standards for melamine, medical scientists such as Professor Thomas Chan Yan-keung of The Chinese University of Hong Kong have reminded us that it is time to pay the dear price for what we, and our forefathers, of course, did to the natural environment. He tirelessly told the local media that it is not feasible to have zero tolerance for melamine, because this substance is everywhere. Having minute traces of melamine in the food chain is perfectly normal.

So what does that mean? The concept of the food chain is simple. It is just a chain of "we are what we eat" relationships. We all know too well that we drink milk from milk cows, which eat grass, which is produced by the earth with photosynthesis. So, if the land is heavily polluted, harmful substances such as melamine may be found in grass. Then milk cows eat grass, and some of the unfavourable substances may be absorbed and retained in the milk cows' bodies. When the milk cows produce milk for human consumption and food production, some traces of the substances may be found in the milk. Don't forget the plastic containers that have become so indispensable to our daily lives. All plastics have some melamine too.

So, we should not be surprised when the existence of melamine, or any other unknown but harmful substances that are not expected in food, is now exposed. We are simply paying the price for what we did.

If we are serious about the non-negotiability of zero tolerance of any foreign substance in food, we should start doing something to tackle pollution with a holistic and international approach. Some radical measures seem inevitable to be effective. You may say this is like a mission impossible, especially at a time when everyone is trying to secure their money in the banks. Yes, that is very true. I know it too well seeing the interest-driven approach of public affairs in the international arena. So be it, but then it means we will have to put up with anything that may emerge at any inconvenient time, any unimaginable scale.

Unfortunately his thought-provoking comments did not attract much public attention. Too many people think Professor Chan, a member of the melamine expert group appointed by the Government, was just defending the Government's refusal to adopt zero tolerance for melamine, I believe. How sad it is. The resentment of the authority has blinded too many of us from seeing what the real issue is, just like the nihilistic controversy of the appointment of undersecretaries earlier this year that ended up with nothing. Everyone just missed the point. 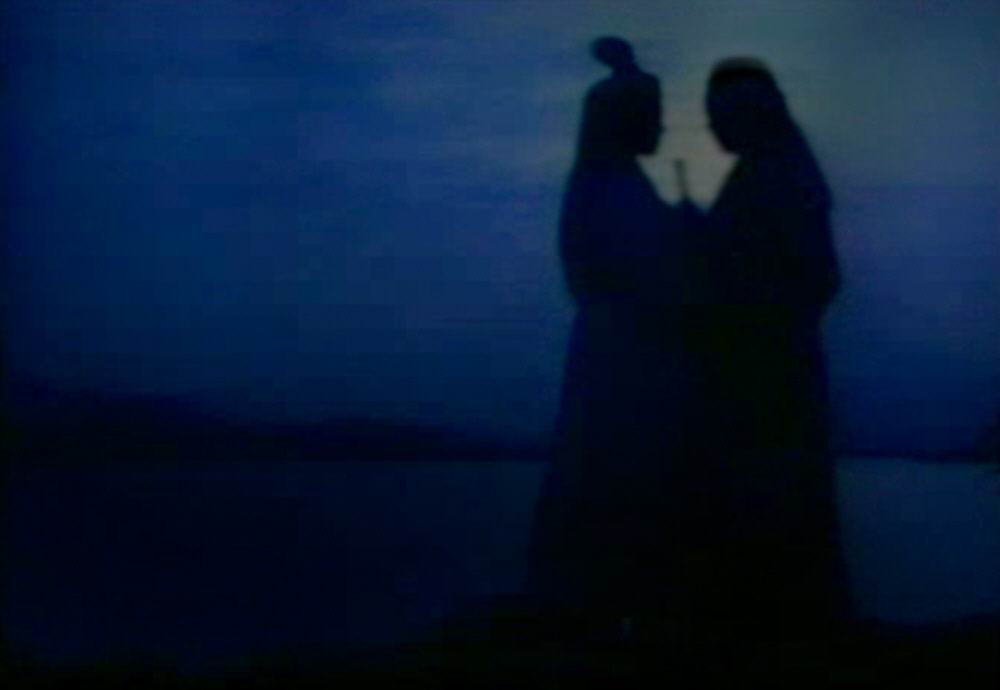 A Taste of Beijing

Seven years have passed since I last visited Beijing. After the retreat, I spent one day and a half in the heart of Beijing where I'm most familiar with.

Not surprisingly, the Chinese capital has changed dramatically over the past seven years, especially in its run-up to and the successful hosting of the Olympic Games. Perhaps my stay was too short for any meaningful experience, but the Hong Kong-style shopping malls and well-paved walking streets where vehicles are prohibited only reminds me of how much the taste of Beijing has vanished. The crowded market in front of the centuries-old Front Gate (Qianmen) called Dashila can now be found only in memory. The hutongs have been transformed into extravagant business buildings and heartless shopping malls. The ordinary neighbourhood and cooking smoke coming out of the coal-burning stoves have become a tourist attraction to be enjoyed at outrageous costs. Now that it seems the Forbidden City and the exhausting walks on the long, wide and endless straight roads are what remaining as the icon of Beijing.

Friends urged me to visit the national stadium and the water sports centre, but I didn't. For some reason I don't give a damn to these new creatures of national glory and glamour. Perhaps I am already fed up with the three-week doses of propaganda on how magnificent and powerful China has become in August. All I wanted to do during the short stay was to take a very relaxing walk around the best of Beijing, and refresh my memory of what Beijing truly is. 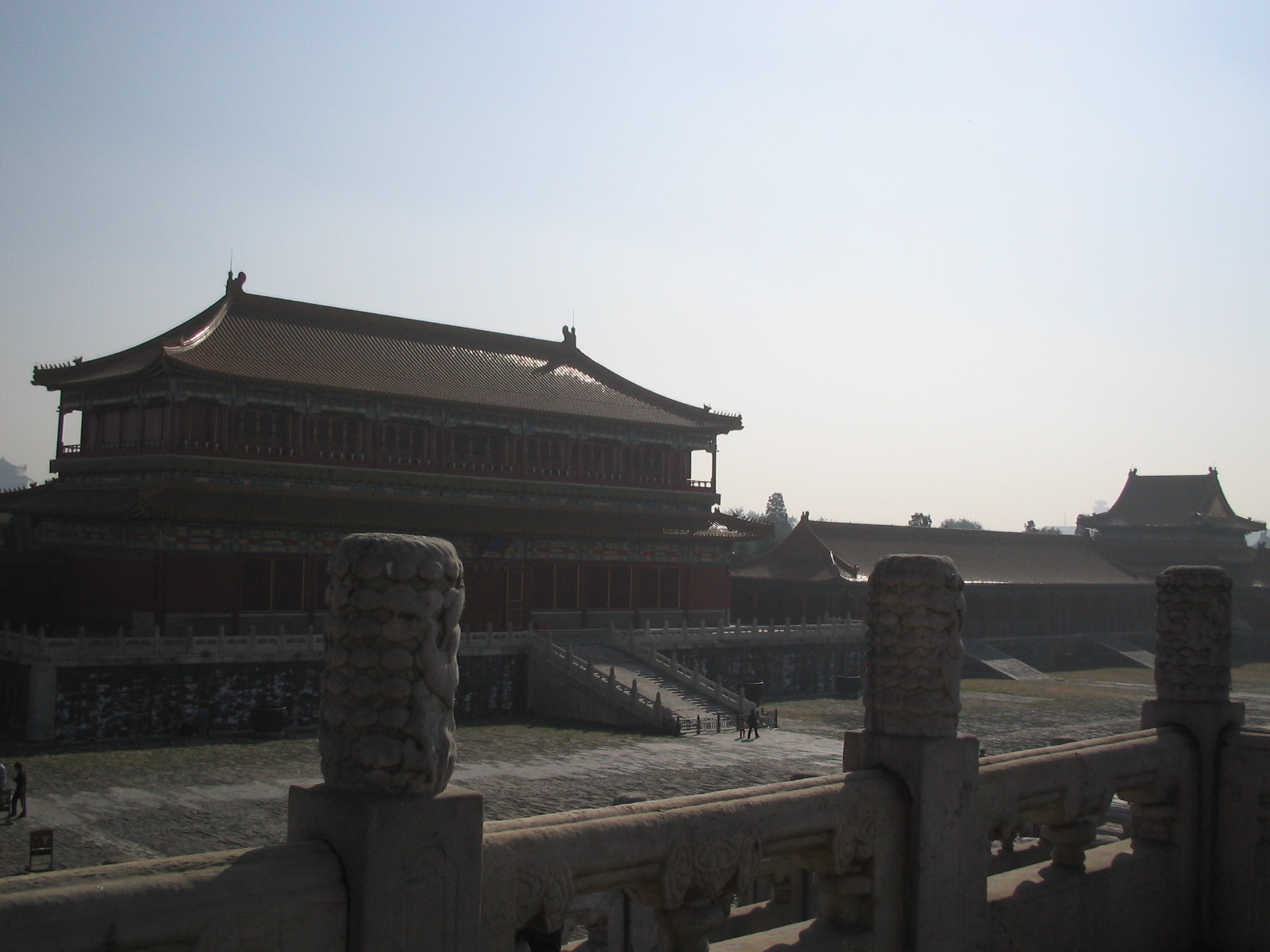 This was why I spent four hours in the Forbidden City on Sunday morning with Jimin, who was visiting Beijing for the first time. Hope she was not drowned in my long-winded monologues of history and legends about the Forbidden City. In fact, all the stories and mysteries, true or fictional, embraced by the huge red-brick walls are the irresistible appeal of Beijing. Even the twin trees in the royal garden that twist their arms with each other have so much to say about the legendary Princess Changping and her husband in my all-time favourite opera.

Thank God that Donglaishun, the famous hot pot restaurant in Beijing founded 105 years ago, still serves coal-burning hot pot with lamb. This is yet another major reminder of the taste of Beijing that is on the brink of extinction for the very legitimate reason - the environment. Sometimes you just want to forget everything and indulge yourself in a few moments of sensual pleasure. And cooking the fine-cut lamb meat in a coal-burning hot pot is certainly one that offers great pleasure.

Email ThisBlogThis!Share to TwitterShare to FacebookShare to Pinterest
Labels: 飛鴻印雪

Retreat on the Great Wall

Last Thursday I had a long-awaited break and joined a company retreat on the Great Wall - far away into the mountains outside Beijing on the Great Wall at Jinshanling rather than the over-crowded tourist section at Badaling. Thank God.

The retreat was meant to be a business development training workshop in an almost sealed-off location to keep us focused and undisturbed. Not even internet access was available. To me, it was an incredible and long-awaited peace of mind and soul. 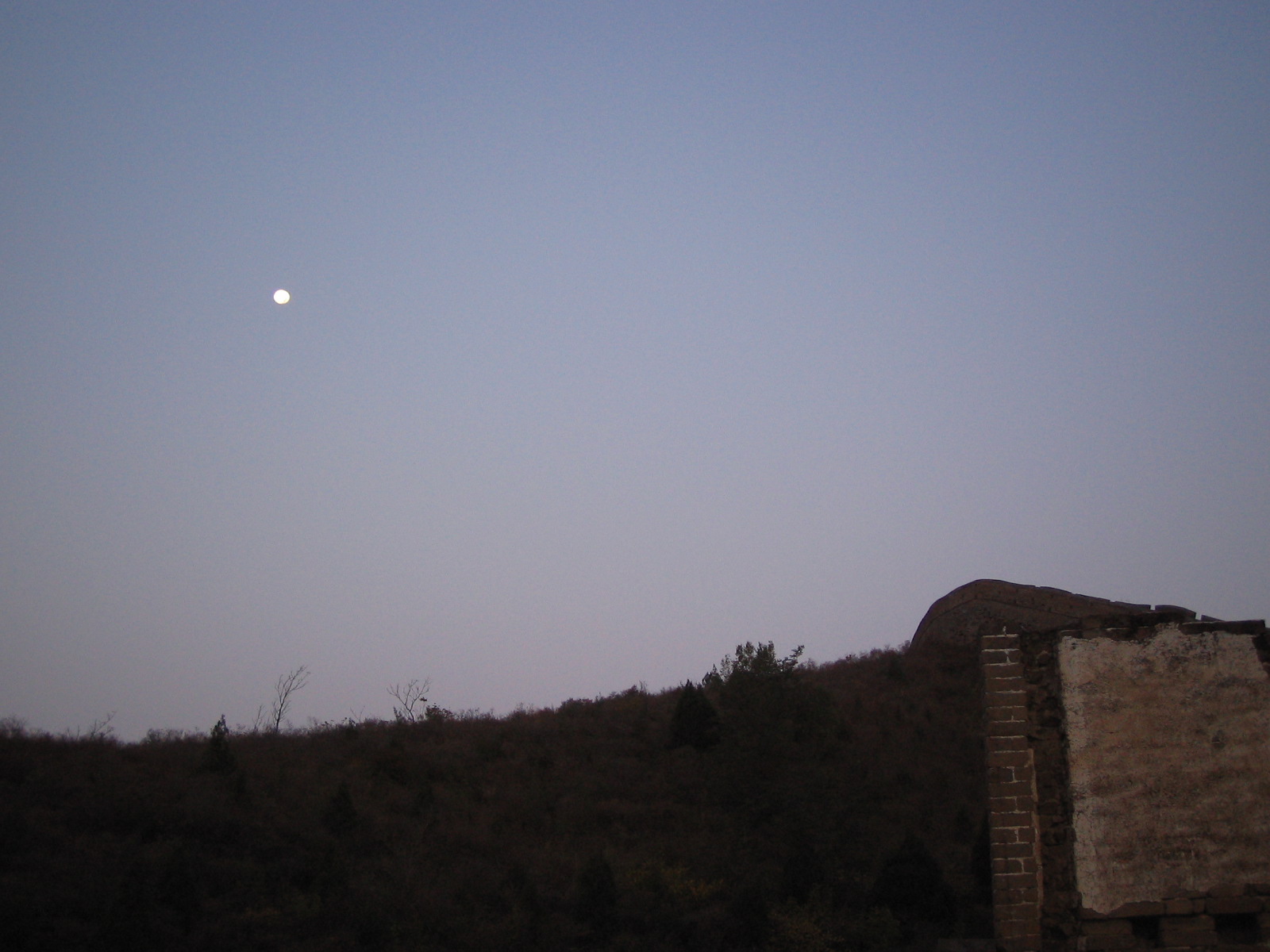 There was also a healthy challenge to the body and mind with the sleep on the Great Wall in the freezing chill. Yes, it was a challenge, but everything paid off when I found myself bathing in the blue and silver moonlight of the full moon that was lighting up the centuries-old bricks and walls and the wild mountains around me. The light was incredibly bright in the clear sky and I can't really describe how beautiful and breath-taking it was. This beauty of nature in the wild was exactly what I was looking forward to prior to the retreat.

Even more intriguing was that the moon became so dim on the second night that it would have been unpleasant and intimidating to sleep on the Great Wall. How privileged I was to be able to experience the peaceful harmony of nature and history so closely!

Email ThisBlogThis!Share to TwitterShare to FacebookShare to Pinterest
Labels: 飛鴻印雪 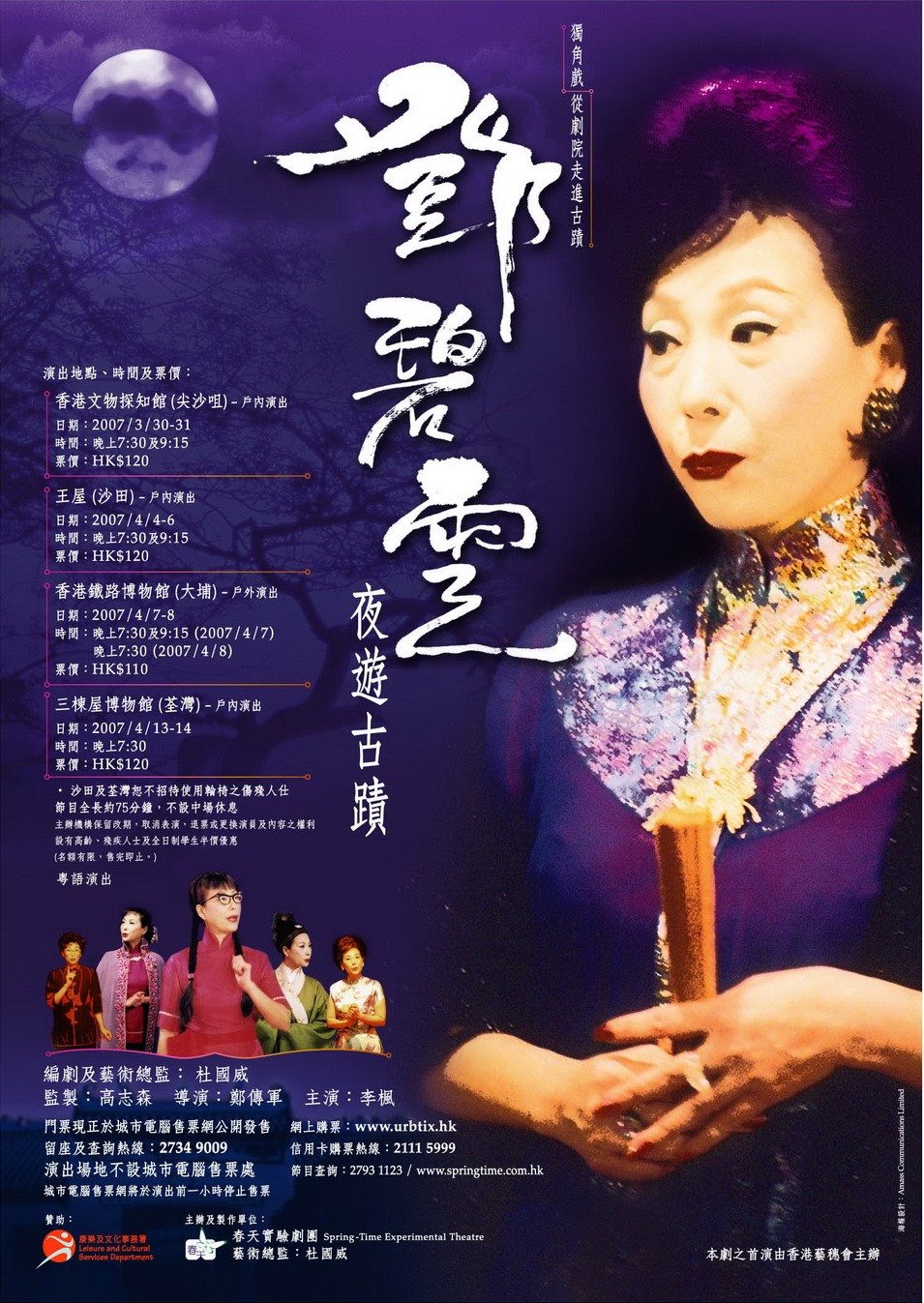