Posted by 秋盈 at 2:20 pm No comments: Links to this post

Arrogance for No Reason

Just delivered a long-planned project yesterday. Thank God everything went pretty smoothly and the result was more than what we expected. The client also appreciates our efforts throughout.

What intrigues me most though is how some people in the project behave. I have come across many different people in my current job, but only until recently have I ever met arrogant and ill-mannered people like those.

I found myself boiling with anger when those guys completely ignored my colleagues as if they were not there. They didn't even have a glimpse of my colleagues except throwing a few cunning stares from afar. I really wonder what they were thinking in their heads. It is by no means a proper way of treating people, especially when you are meeting them for the first time. On what grounds do you think you are superior? Just because you are the client? Or just because you do not agree that we should be engaged in the first place?

While I was really pissed off when those guys deliberately refused to treat my colleagues with respect when we supported the event on-site earlier yesterday, I can't help sympathising them for failing to recognise how big this world is and how little we, human beings, no matter how capable we are, can achieve. Looking down upon someone for no reason but the fact that we are commissioned consultants is by no means cool or sensible. It simply shows how uneducated and unprofessional they are.

What a contrast it was when a senior member of those guys, a well-respected and deeply experienced former journalist, greeted our team politely as soon as she saw us. Interestingly, those guys do not seem to respect their new colleague as much as she deserves either. This is the typical factionalism and protectionism at work that I am most sick of.

Unfortunately this is also something that comes with human nature that few organisations would be immune. It is a question of extent rather than existence. I just hope God would grant me more emotional preparedness and skilfulness in dealing with those stupid creatures and, more importantly, fewer chances of running into them on all fronts of my life. 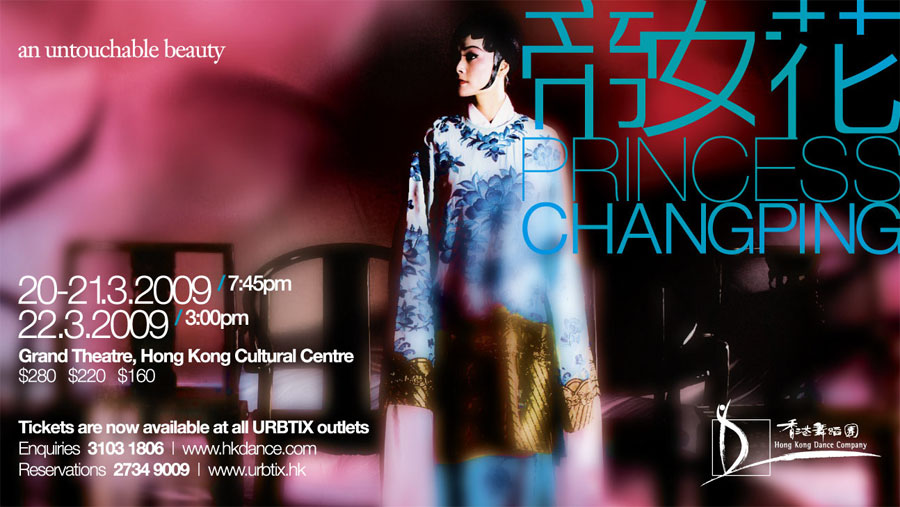 Posted by 秋盈 at 6:12 pm No comments: Links to this post

The Consumption of Despair

Despite all the technicalities of Slumdog Millionaire and the thought-provoking questions it raises, there is something of the film that I don't want to appreciate.

Even though I trust that the director and the screenplay may not have the ulterior motive of portraying India as a fallen civilisation of filthiness, poverty, child abuse, organised crimes, ethnic and religious clashes, a global sweatshop of customer service and IT support, I must admit that I am most disturbed and uncomfortable being presented with all these so intensively within two hours.

I can't help wondering why I am still fed with all these stereotypes. Does it have anything to do with the British director and screenplay and the mental discourse they unconsciously underwent when making the film?

No wonder post-colonialism has emerged as one of the most popularly debated and studied issue in the academia. But forget all the intimidating jargons and non-reader friendly discussions. Just take a look at how cities and nations that are formerly colonies of the West are popular culture commodities and you will have a good sense of the power structure of international politics.

Two surviving civilisations of the East, China and India, for example, are often portrayed as exotic, mysterious, autocratic, corrupt, poor, dirty, falling behind the civilised world in terms of economic and social development but by Western standards. Too much emphasis has been put on the colourful costumes and props and exotic experience in Western eyes. Yet few have enquired the long history and sophisticated philosophy of why these civilisations have become what they are, let alone attempting to understand and appreciate the fact that they are so unique that deserve full respect as independent entities on equal footing.

Unfortunately Slumdog Millionaire can't seem to spare itself from falling into the fallacy of cultural superiority of the West. On the one hand it does draw public attention to the social problems of India, yet on the other it is also reinforcing the consumption of someone's despair in India from a superior position. Somehow I feel like one of the arrogant colonisers sympathising with their subjects living in poverty and despair, without being aware of the fact that they are a major source of the grievances. Superiority of the West is yet again reinforced through the consumption of others' despair that may be underestimated or exaggerated in the biased production.

What is even more disturbing to me is not the confrontation between the East and West. Rather, it is the general fact that the well-off around the world are increasing their consumption of others' despair as a lenient form of abuse. Charitable organisations, be they international or local, often focus or even exaggerate the suffering of those in need to call for donations and support. This is perfectly understandable, but I just can't help feeling a chill down the spine as if I were encouraging this form of lenient abuse and benevolent deprivation of one's dignity.

Perhaps the next question is: how can we call for attention and action to help those in need without abusing them as inferior creatures but equally respectable individuals, even if we don't really mean to be abusive?

Reminding of the Power of Destiny 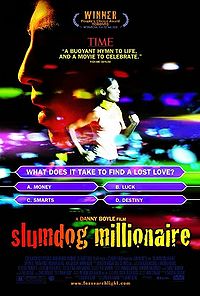 The debate over Slumdog Millionaire in Hong Kong seems to last shorter than expected. On the first weekend after the British production swept eight Oscars, including the Best Film award, the Sunday of Ming Pao Daily News devoted a special report on it. Not surprisingly, most writers marked their fingerprints on cultural interpretation of the storyline. With all the intimidating cultural studies jargons floating around, few were bold enough to admit that it was at least a good watch for the audience.

This is precisely why I have been so fed up with the self-proclaiming critics in Hong Kong. They are actually not film critics. They do not actually review films, but interpret them like a piece of artefact taken out of context. The so-called commentaries are often nothing more than a piece of casually thought and written blog entry dotted with misused jargons and fuzzy thinking to show off one's "learnedness".

Although I do agree with some of the issues raised in the interpretation - or "reading", the preferred verb to which almost every human activity is reduced - of the film, I believe the film deserves compliments for being a highly entertaining and thought-provoking production. At the end of the day, it is still a good-to-watch film.

Technically, Slumdog Millionaire contains all elements that make a film entertaining and absorbing: Great music, compelling images, breath-taking plot and fit-for-job line-up. Two hours passed so easily without even checking your watch. Even though some parts may seem a bit too deliberately calculated and too sensational, these artificial designs do not prevent it from being good to watch. What else can you ask for a piece of entertainment works?

Content wise, Slumdog Millionaire raises a lot of questions for the audience and this is what I enjoy most. The biggest question, I suppose, is the one that appears at the beginning of the film: Why does the barely literate slumdog win the jackpot?

It's written. It's destiny.

What a great reminder of the power of destiny.

Modern culture doesn't seem to teach us to believe in destiny. Modern culture seems to brainwash people with the thought that hard work will often end up with success. At least those who are seen successful refuse to admit that they succeed purely because of good luck. They are more than happy to tell their success stories by emphasising how hard they have tried, but they do not realise that they are actually feeding those who are looking up with addictive poison of fallacy.

With so many success stories and fascinating technological advancements, we have become too proud of ourselves to realise there is someone or something behind us. Be it God, Allah, the Nature, the Dao or the cause and effect relationship in Buddhism, you name it. For many years I am truly convinced that there is some sort of programming going on in this universe that pre-determines everything before we ever come to realise.

Human beings are born free. We have free will. But how free can we be? Think about our personality, the circumstances under which our decisions are made, and the occasions on which we are supposed to make a decision for ourselves or for others. Do we really have a choice at all times? More importantly, is the availability of choices intrinsically good? Is the right to choose by all means plausible?

While many commentators focus on the cultural imperialism of Slumdog Millionaire, I would rather pay attention to the theme of fatalism. Jamal's winning of the jackpot prize can be seen as a Godsend reward for his love, kindness, integrity and innocence. His despair and grievances since childhood are now handsomely compensated overnight. This compensation theory is commonly found in Chinese folklore to encourage endurance and hard work with the ultimate hope that all the endeavours would one day be rewarded, if compensated. This is the way of God, the Nature or the Heaven. Some may go on to criticise that this is nothing more than the deceiving doctrines of absolute rulers, but what is wrong with being innocent with integrity? We should blame those who abuse innocence, not innocence itself.

So if you ask me the takeaway of this film, this is my answer: Be good and be yourself. The Nature rewards souls of love and integrity.

Now I know 10 days have passed since I last updated my blog. But it seems like 100 days or more.

Today I broke my personal record again - staying awake for work for 28 hours with only 2.5 hours of sleep and no coffee at all.

Some 10 years ago when I first set the record of the sleepless 28 hours, countless cups of coffee were drenched down my throat.

Thank God that the notorious headache hasn't stricken me. But I could feel something like a grill stone sizzling hot inside.

The alarm bell rings immediately. I shall never drive my liver too hard. There are serious consequences that I can't afford to shoulder.

On the spiritual side, how much I miss the days when I could relax on weekends with friends, although they were just a couple of days away.

It's just Monday and I can't help looking forward to the weekend – one without work but some quiet moments for myself.