Posted by 秋盈 at 1:22 am No comments: Links to this post

Posted by 秋盈 at 9:52 pm No comments: Links to this post

Email ThisBlogThis!Share to TwitterShare to FacebookShare to Pinterest
Labels: 書海文山 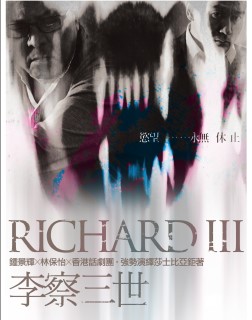 Email ThisBlogThis!Share to TwitterShare to FacebookShare to Pinterest
Labels: 書海文山

I never knew I would watch Michael Jackson's memorial.

I am never a fan of his, although I do know some of his songs by heart. Why I can no longer recall. I only start to believe my childhood memory was too good and receptive to everything that comes into sight and hearing.

I watched simply because I didn't feel like sleeping. I knew too well it was bad for health to stay up throughout the night. I knew I was going to suffer without enough and quality sleep. But there was an urge inside me to keep me awake.

Awake until this point of time with only three hours of sleep.

Michael Jackson's memorial was generally warm and peaceful, although there were inevitably some disturbances of flattery and exaggeration. Brooke Shields' emotional retrospect of their friendship was among the best, if not the best of all. Yet I couldn't help being speechless when someone asked online who Brooke Shields is. It just reminds me of how old I am.

Emotions were what gave it warmth. Solemnity was what made it peaceful. For some reasons similar occasions in Chinese contexts are often made into artificial and hypocritical encounters that few of us attend as anything than a ritual, or worse still, a performance. This is also why Elizabeth Taylor's excuse for her absence is perfectly understandable to the Chinese reader. After all, it was but a good show.

I watched the memorial programme calmly and quietly until the intro chores of "We Are the World" were played softly. Making up key words in the lyrics, symbols of the world's leading religions flickered on the screen, squeezing tears from my eyes.

Words can't describe what I feel when I heard the song produced more than 20 years ago. I couldn't help but thinking about the terrifying violence in Xinjiang since Sunday. Footage of victims soaked in blood, angry men clamouring with weapons in their hands, heartbroken Uyghur women asking the authorities to release their sons, brothers and husbands kept replaying in my head. Although the world has improved little over the years since "We Are the World" was first sung, it is even more tragic to see the bloodshed in Urumqi when the United States has finally made the change and elected its first black president in office.

Perhaps change is also one of the most frequently used words of Michael Jackson's. He kept changing the way he looked and performed. He endeavoured to make this world a better place for you and me. Although it requires too much more than any individual's effort to have a visible change to this world, he tried. Of course he was capable of trying, but more importantly, he was also courageous enough. He changed the way he worked by staying true to himself.

But why is it now so difficult to change the way one behaves without changing the true self? Why is it now so hard to convince myself into a special type of schizophrenia when actions and personal will can be disconnected?

Posted by 秋盈 at 7:41 pm No comments: Links to this post

When Reading Becomes a Luxury

What a pleasure it is to read the latest issue of Muse Magazine discussing the timelessness of Jin Yong novels, my favourite books since teenage.

While the variety of commentators interviewed and the breadth of their perspectives are rarely seen in any other interview published in Hong Kong, I couldn't help being disappointed with the interview's failure to discuss the popularity of Jin Yong novels, as a genre, in the context of social and cultural development of Hong Kong.

Let me provide my two-penny worth here: When and where reading becomes a luxury, no literary works would be timeless. Both Jin Yong novels and Dream of the Red Chamber and other titles that have survived centuries are no exceptions.

In the interview with Muse Magazine, television and film critic Chingyu was correct to point out that between 1976 and 2001, when most film and television adaptations were produced, Jin Yong novels enjoyed the height of popularity. Before discussing whether Jin Yong novels would be timeless, however timelessness is defined, we need to understand the social context under which Jin Yong novels have lost their magic to contemporary readers and the younger generations. Why are Jin Yong novels less popular than they were decades ago? What are the reasons or contributing factors? Unfortunately those interviewed by Muse Magazine, even professors of Chinese language and literature from local universities did not even bother to offer their perspectives. They just offered their observations that people nowadays are less sensitive to words and do not really care about language as much as their predecessors did. I do not disagree with their observations, which are by and large similar to mine. Yet I think the more important question is why it happens as it does.

In my opinion, the social context that enabled Jin Yong novels and their contemporary competitors to enjoy such overwhelming popularity simply no longer exists in Hong Kong.

For one thing, as many historians and sociologists have already written, the robust economic growth and lucrative gains from stock and property speculations over the past decades have groomed the prevalence of money or economic benefits as the ultimate value in Hong Kong. Anything that does not necessarily contribute to improving the economic conditions of the person is ruthlessly ignored or dispersed. Time and efforts are devoted, almost exclusively, to maximise monetary and other forms of benefits. Essentially, this extraordinary belief is penetrated into government policies to promote high land prices before 1997 and parents' frenzy to squeeze their children into business schools or any other fields of study that seem to secure handsomely paid jobs upon graduation. Under these circumstances, it is no surprise that reading is reduced to a means of pursuing and maximising economic benefits. For many years, this has been confirmed by the non-fiction bestselling lists at local chain bookstores and the books recommended by the so-called prominent figures in Hong Kong.

For another, thanks to the rise of television and computer, generations bred on graphic-based communications have no appetite or patience for language. Their predominant exposure to immediate, straightforward sensual stimulus has deprived them of the pleasure of imagination cultivated by language. Literary works are often appreciated not in literary terms but the emotions, ambiences and overtones between the lines. However, those who are used to pictorial forms of communication might find it difficult to comprehend messages discreetly articulated. At a time when directness and simplicity are far more appreciated than abstraction and subtlety, the demise of language-based literary works seems inevitable. It is not a question of yes or no, but a question of time.

Even for those who are genuinely interested in reading, it has become increasingly difficult to allocate ample time for this satisfying hobby. Hectic lifestyle, busy schedules at work and the availability of mobile communication technologies such as mobile telephone and emails have deprived us of ample leisure time and a peace of mind. We are supposed to remain in standby mode 24 hours a day, seven days a week. We are supposed to stay tuned and connected when we are on holidays. We are supposed to contribute at least 120 percent in order to stay in our jobs and make our ends meet. Against this background, reading for leisure has become nothing less than a luxury. How can we expect them to appreciate the thick volumes of Jin Yong novels, which can exceed a million words in a single title?

Another factor that may prevent Jin Yong novels from being timeless is their diminishing relevance to people's lives in Hong Kong. Although this was frequently cited in the Muse Magazine interview as a deterrent to Jin Yong novels' timelessness, the interviewees did not seem to go further and elaborate on their views of the reasons behind.

Again my interpretation is related to the money-comes-first mentality prevalent in Hong Kong. In a community where economic benefits are the ultimate value and the locomotive of all endeavours, including education, political agenda and participation, how can we expect patriotism, loyalty, integrity and friendship vigorously promoted by Jin Yong novels to be able to appeal to readers? When nothing appears more important than numbers on the books and human beings are reduced to salary slaves and profiteering tools, wouldn't it be counterproductive to keep reminding yourself as an individual of dignity, integrity and respectability? When young people are taught to calculate return of investment in whatever they do, how can the Jin Yong heroes who only achieve great martial arts skills after a long time of devotion and tireless practice?

This also explains why Wei Xiaobao in Duke of the Mount Deer remains the favourite Jin Yong hero in Hong Kong. His slyness, opportunist instincts and incredible luck that makes him a billionaire with seven beautiful wives provides the perfect example of the success story many here in Hong Kong have been looking for.

Posted by 秋盈 at 2:33 pm No comments: Links to this post