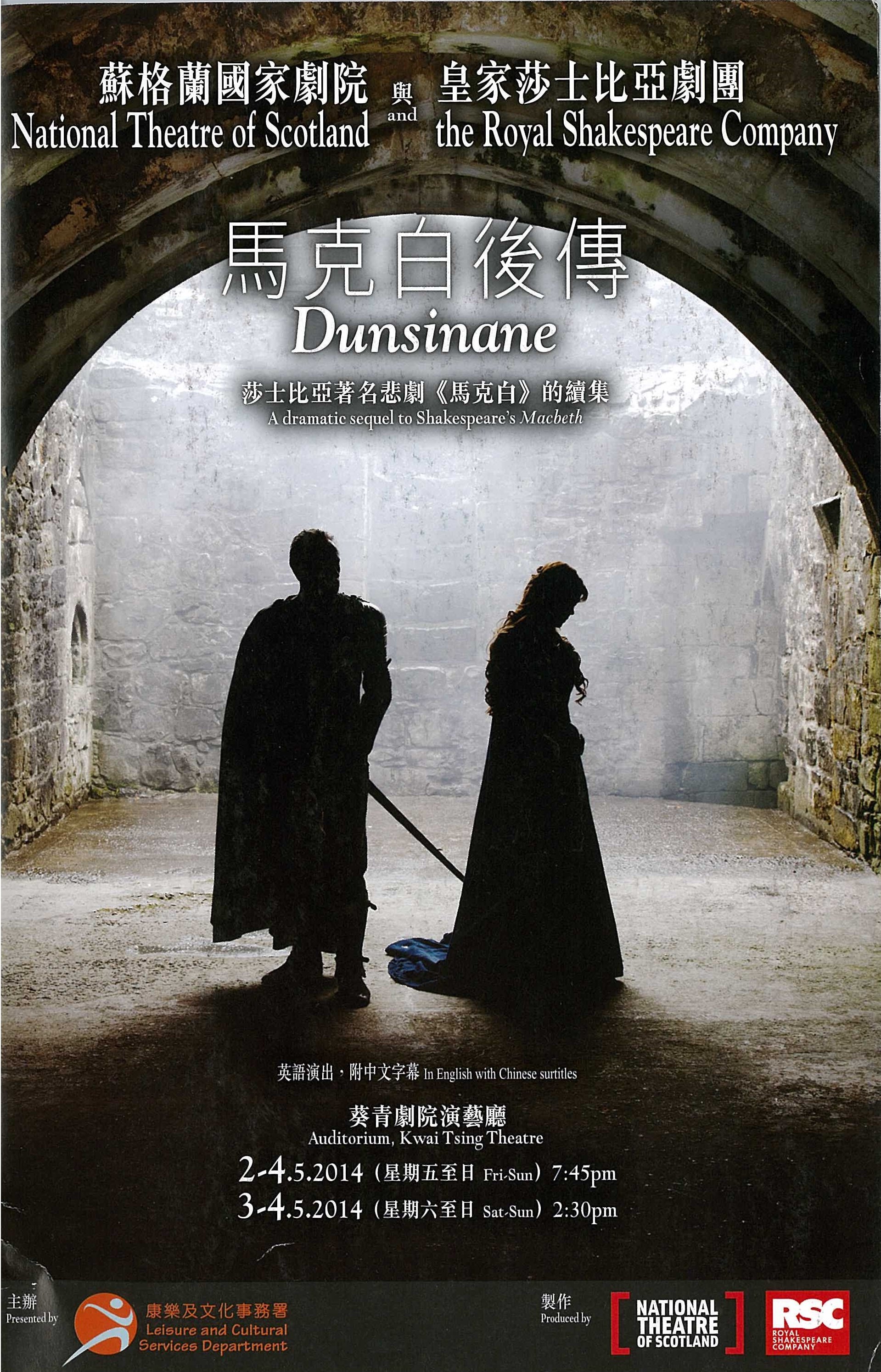 What I like most about the theatre is that it always inspires, or even provokes, me to think what is important for humanity and human life. It is both emotionally and cognitively challenging but enjoyable. The spontaneous, visual impact is also incomparable and irreplaceable by the one's imaginations aroused from reading. Indeed, not every piece of theatrical work can offer such a soul-touching experience. Yet being engaged tirelessly in the trial-and-error journey of searching for the masterpiece has become an indispensable, if most meaningful and rewarding, pursuit of my life.

From my limited experience, what distinguishes the Western theatre from its Chinese counterpart is their respective emphasis on two ends of the human mind spectrum, reason and emotion. In very general terms, the Western theatre tends to engage with the audience to discuss more specific issues of humanity, while the Chinese theatre focuses more on achieving an emotional resonance with the audience. However, I don't mean that they are mutually exclusive or one should be pursued at the expense of the other. Our brain never really works that way. In fact, we have always been running back and forth the spectrum to find the right place, depending on the situations, our own personality and discretion, among other factors. In some cases we see reason prevail, while in others we let emotions take over.

My observation was yet again reinforced in Dunsinane, a sequel to William Shakespeare's Macbeth co-presented by the National Theatre of Scotland and the Royal Shakespeare Company, staged in Hong Kong early this month. The well-written and closely knit plot raises inspiring questions about peace and power.

What is peace? The Cambridge Dictionary of English says it is the "freedom from war and violence, especially when people live and work together happily without disagreements." The English version of Wikipedia goes further to state that:

"Peace is an occurrence of harmony characterised by the lack of violence, conflict behaviours and the freedom from fear of violence. Commonly understood as the absence of hostility and retribution, peace also suggests sincere attempts at reconciliation, the existence of healthy or newly healed interpersonal or international relationships, prosperity in matters of social or economic welfare, the establishment of equality, and a working political order that serves the true interests of all."

Apparently these definitions are flawed, raising more questions than they answer. For example, can we assume peace does not exist in disagreement? Can relationships be healed? How does reconciliation work without falling into the trap of suppressing the dissent, minorities and individuality? What does it mean by "true interests of all"? Who is capable and empowered to define "true interests of all"? Moreover, what if peace is achieved by violence and forced acquiescence? Is it still peace? Is this a desirable, deserving form of peace to be sought after? For whatever reasons, if some foreigners would like to install peace in our nation, is that something we should defy at all costs?

One does not require a degree in political science to be inspired to ponder on these difficult questions presented in Dunsinane, subtly but clearly in a tightly woven plot. The audience soon found themselves in the shoes of a war-torn nation, plagued by bitter tribal struggles and a formidable enemy who has trespassed its land, at the crossroads of making a tough choice. The protagonist, Siward, is an English commander who defeats and kills Macbeth, the usurper, in the Battle of Dunsinane. Obsessed with restoring peace to Scotland, Siward orders confiscation of the royal property, occupation of Scotland by the English troops and installs the England-born Scottish king Malcolm on the throne. However, he soon finds himself ditched in the bitter struggles among the local clans and tribes with a complicated network of allies and enemies, deviance and distrust of Malcolm, as well as the bloody and conspiratorial resistance of the Scots led by Lady Macbeth, known as Gruach in this play.

Playwright David Greig takes most of the credit for the success of Dunsinane, I would say. For those looking for a well-built story, Dunsinane is an exemplar full of entertaining and interesting details performed to the highest standard. For those who want a mental exercise on certain issues of humanity, it also offers a deep, inspiring exploration into the inextricable links between greed and power.

While some critics said the Scot resistance against the English is parallel to the continued violence in Afghanistan and Iraq in 2010, when the play was debuted, it would be too narrow in scope to confine the plot as a truthful reference to the reality. It actually goes beyond that and points to the fact that few people in power (or those who believe they are) can resist the temptation of imposing their will on the others, especially those whom they see as weak, incapable and defeated. Unfortunately, this power abuse is often mistaken as some sort of manifestation of power, rather than sheer arrogance and disrespect. Think about it: In what position can Siward make important decisions for the people of Scotland? Conqueror? Peace-maker? Usurper of the usurper? Who empowers him to do so? In fact, he knows very little about Scotland, and seems weary to learn about it. Then how can he ensure that his decisions are in the best interests of the Scots? Even better than those made by the Scots themselves?

Sadly, similar occurrences are abound in our daily life as well. More often we are now confronted with what might be called "tyranny of the majority", which strives to achieve consensus or conformity in the name of justice and common good, you name it. Individual freedoms and rights are ignored deliberately or unwittingly for "the good cause". Why can't I express my opinion without the fear of being attacked or discriminated? Why can't I choose to remain silent or neutral or any other way of living my life if this is my will? Why am I criticised just for being different but doing no harm to the others?

The dear price paid by Siward to bring peace to Scotland also raises the moral question of how far a noble cause can justify the means of achieving it. The playwright apparently disapproves Siward's obstinate and somewhat unscrupulous dictatorship, but how far we can go is a question left open to the audience.

Whether Gruach should be taken simply as a wicked woman with an insatiable appetite for power, as Lady Macbeth seems to appear in Shakespeare's original work, is equally questionable. In Siward's eyes – pretty much as well as the English's – she is probably one of the most invincible, intelligent and resilient foe to perish. From the Scots' perspective, however, Gruach may well be a respectable and recognised guardian of the country who strives to preserve the royal bloodline and its legitimate claim to the Scottish throne. To tell something or someone is good or bad is, therefore, more often a subjective, value- and perspective-biased judgement than an objective, impartial account of the truth. When beliefs, values and perspectives change, so does the verdict. And who are we to judge the others when we are but human beings full of weaknesses? Moreover, the character of Gruach as a noble woman, wife, mother, queen and politician, as well as her intimate and yet ambiguous relationship with Siward, also offer the audience a great deal of reading possibilities in the feminist light.

But Dunsinane goes way beyond the specific issues of morality and power. It also sheds light on Scotland's bitter struggle against England, the long-standing mutual distrust and even contempt between the two nations. Indeed, such antagonism is by no means confined to England and Scotland. Many other nations are also facing similar situations in which mutual understanding and reconciliation seems anything but possible. Such relevance to the foreign audience is surely plausible, as the ultimate goal of theatrical works is about exploring, inquiring and criticising humanity, the universal, shared attributes of human beings. Moreover, the professional line-up of actors and actresses speaking in distinctive English and Scottish accents offer a rare but vivid touch of the antagonism. Not sure how many people in the theatre realised and appreciated such a trivial but important contrast, but for me, it was certainly one of the little happy surprises that added up the enjoyment of the play. 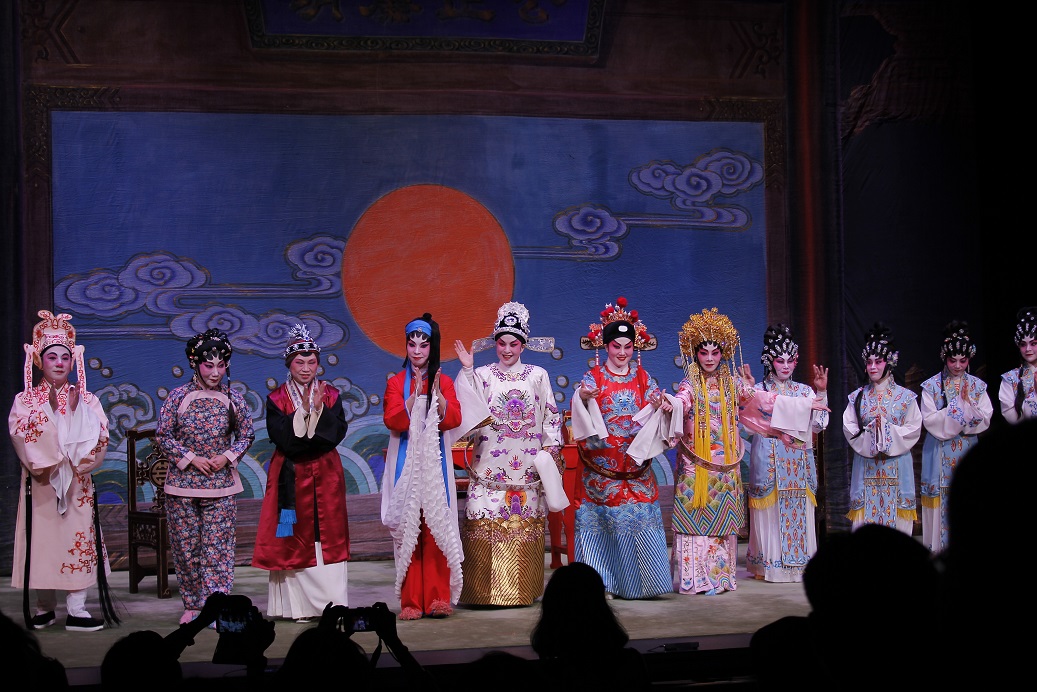 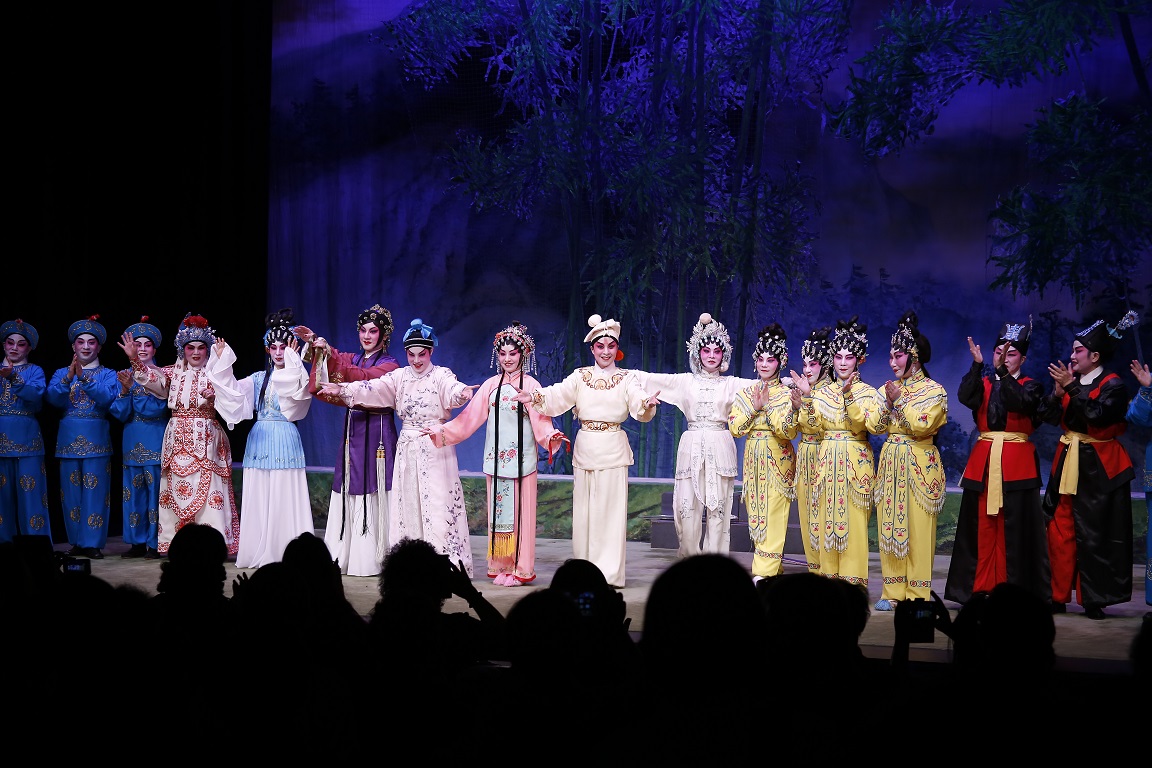 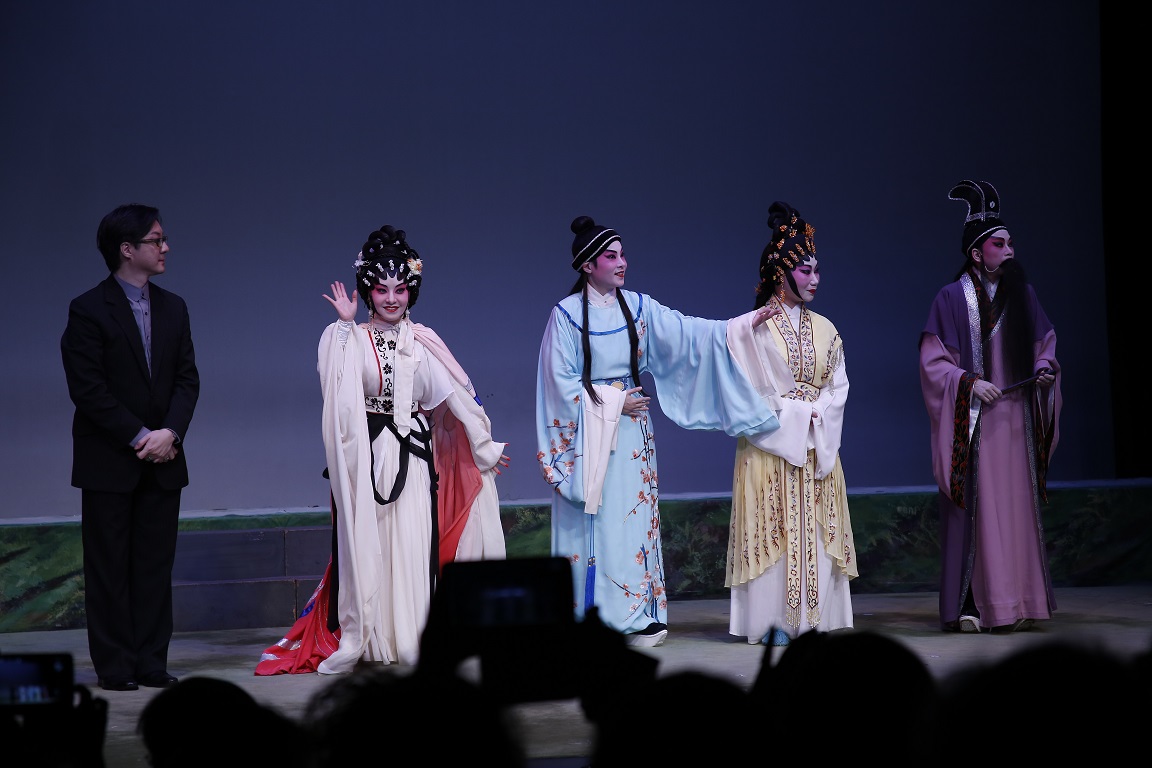