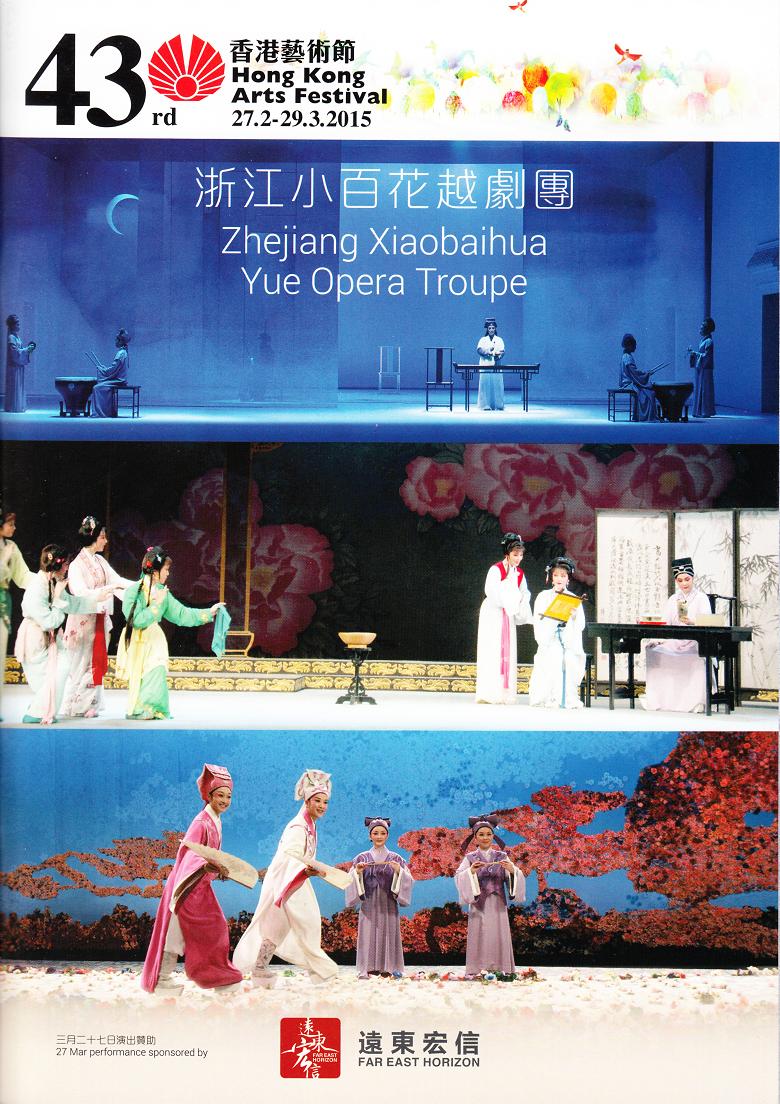 After the long-due retreat to my second home, where I spent a quiet and peaceful week on my own, I was greeted by the disappointment of being turned down once again for further study. This time I tried my luck with two institutions, and both of them rejected.

Despite the anger, disappointment and frustration, simply because I was given some sort of false hope earlier on, the emotions erupt and recede way faster than expected. They vanish almost without leaving a trait after being vented in a few lines. Now it feels indifferent and close to nothing.

I know too well that the constraints in resources is one of main concerns, but that I am an overwhelmingly passionate convert rather than a home-grown pupil who refuses to play by the conventions most probably shoulders the largest share of blame. That's perfectly fine. But I can't help feeling silly and stupid to believe for so many years that Hong Kong is where meritocracy prevails. Neither it has ceased to be one, nor it never was. What I had in mind was, it seems, nothing more than a carefully cultivated and implanted illusion.

Over the last couple of days I have been thinking hard over wine and coffee. Studying aside, what happened recently around me seems ominous that whatever I am into turns out to be a disappointment. The more I want to do it right and good, the more disappointing it becomes. The more I want to make a small change, even by stirring some ripples for attention, not even a call for action, the stronger the resistance.

Only until recently did I realise that I have been seen as a perfectionist ever since childhood, but I know too well that I'm not, far from it. I never sweat on every single thread of life, except a few things that really inspire and interest me. They are where my passion lies. The only reason for this unfortunate misperception of perfectionism is perhaps my insatiable craving for the better, which goes against how things work at this place and time, when complacence and mediocrity rule. Countless facts have spoken loud enough from the daily chores of life, routine operation of any given company to the governance of Hong Kong, but unfortunately the messages seem to have sunken into deaf ears. Anyone who dares to taken action is likely to invite scepticism and even unreasonable assaults. They can only confine to their own sphere, but God knows when they can be left undisturbed.

More than ever I also came to realise that it is a pain in the arse to work with someone like me, who takes things a bit too seriously. When I have a thousand reasons to do something, there are always many more for procrastination, indifference or even denial. If I roll up my sleeve and take things over into my own hands, I risk offending people, making them look stupid or incapable. At best I create unnecessary pressure for everyone. Some may say I shouldn't give a damn to what other people think, but the fact is that I am not the almighty wonder woman and can't do everything on my own. Most importantly, the least thing I want is to burden those whom I love and care with unwanted stress and hard feelings. I can do whatever I want only when I'm on my own, but not working with someone else. I feel naturally obliged to be considerate and mindful of what my colleagues, friends and partners feel, at least to a certain extent.

There is increasing pressure on me to settle for less, rather than more, on all fronts. I think I am willing to do it only for those whom I love and care, although it is always easier said than done. 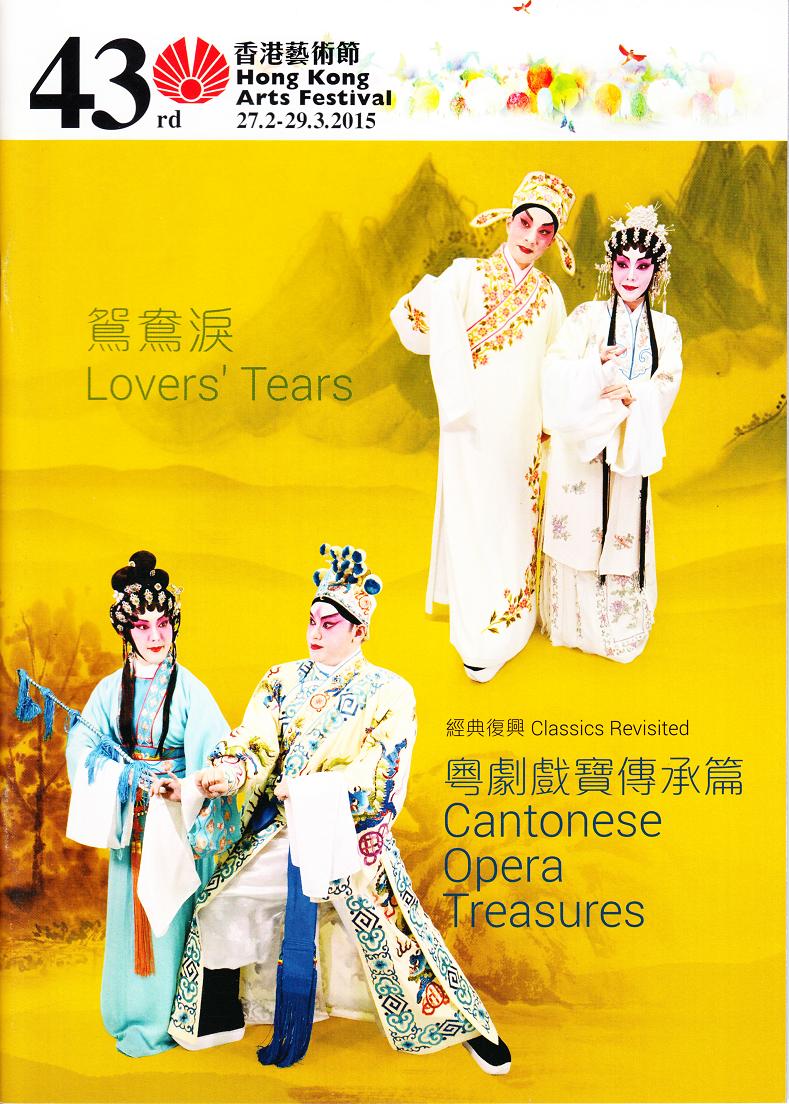 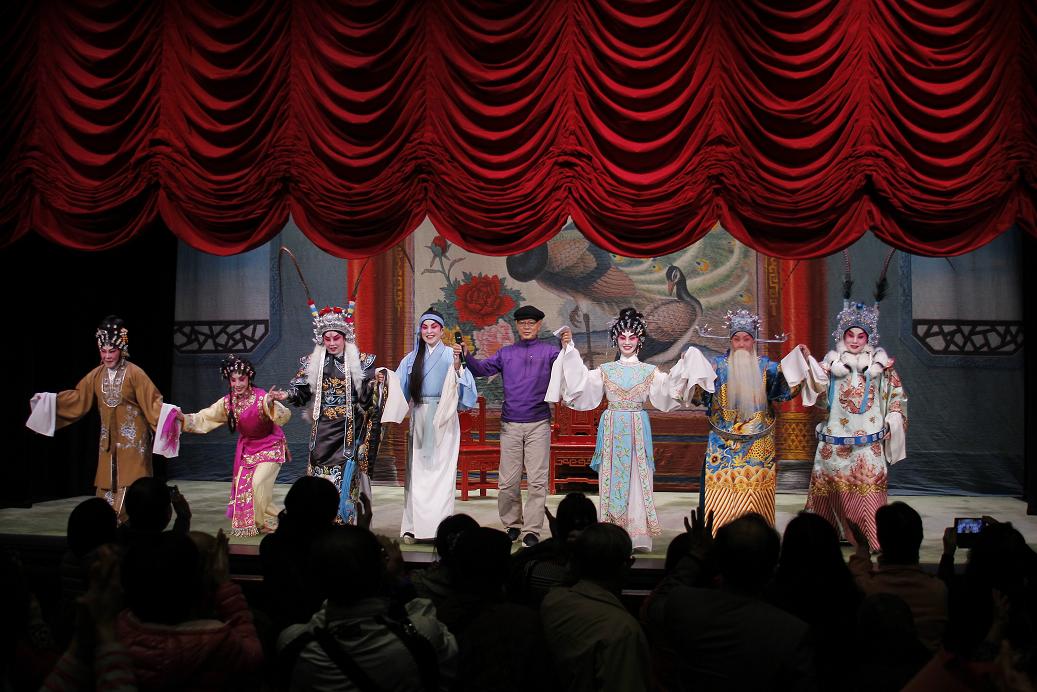 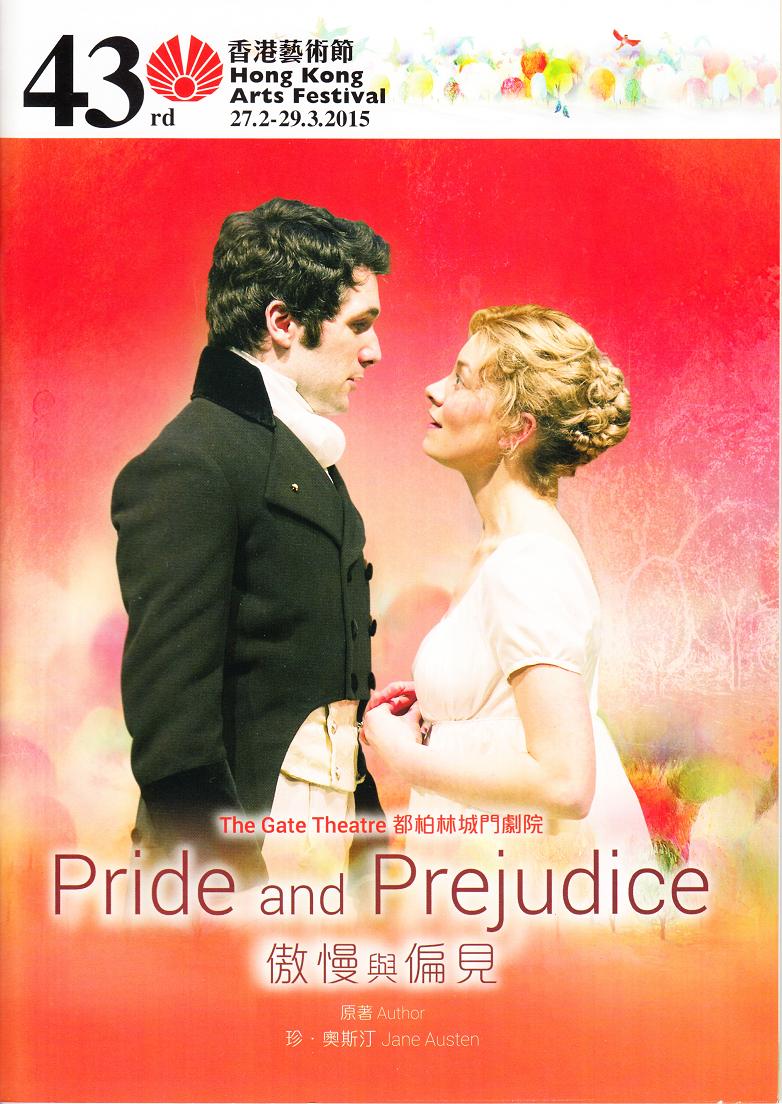 Fiction and drama are two distinguished forms of art that bring different kinds of pleasure to the reader and the audience. Indeed, these art forms are in many cases interrelated with each other as fiction provides great texts for dramatic adaptation and creation and, though less often, vice versa, but their genuine differences must not be overlooked.

Due to the intrinsic differences between fiction and drama, the challenge of transforming the literary texts into performable theatrical works is inevitably enormous. This is even more so for novels of considerable length with many chapters like Jane Austen's Pride and Prejudice. Naturally, how effective the playwright and director can re-present the gist of the original work without compromising the practicalities and requirements of the theatre is one of the most common yardsticks of measuring success.

By this standard, the Dublin-based The Gate Theatre's Pride and Prejudice staged at the Hong Kong Arts Festival this year may be seen as a great success. James Maxwell's lucid and crafted adaptation offers a highly accessible and enjoyable introduction to Jane Austen's masterpiece. That Maxwell manages to outline the complex networks of relationship among the leading characters with an act or two without confusing the audience speaks more than enough for his crispness and precision in writing. Another example is the portrayal of Mr Darcy, which is highly condensed compared with the original novel but equally effective. Anyone who is reasonably versed in English should have little problem following the plot and grasping the characters towards the end of the first act at the latest. Indeed, the Chinese surtitles did help too, but it would have been even better should they be considerably trimmed and more prudently edited. Just converting the simplified Chinese characters into traditional ones without proofreading is utterly unprofessional, and thus unacceptable.

However, certain transitions in the leading characters' lines of thought seem slightly broken or oversimplified, probably due to the theatrical constraints. For example, Elizabeth Bennett (Lizzy) shows little, if any, sign of being attracted to Mr Darcy whatsoever. I might have missed some of the discreet hints, as the characters speak fairly quickly, but Lizzy's monologue towards the end of the play does not create the impact as strong as I expected. More or less the same happens to Mr Darcy, when his confession of love seems slightly awkward and, I admit, somewhat catches me by surprise. While the script may shoulder some of the blame, I am convinced that the acting has a larger share.

Generally speaking, the cast did a good job, although some actors and actresses failed to deliver the precision required by the script. A few of them went slightly too far to reach pomposity, while some others under-delivered and thus were unable to impress. Interestingly, Mr Bennett, father of Lizzy and her four sisters played by Stephen Brennan, distinguished himself as arguably the best actor in the performance, despite his limited appearance. He brought to life Mr Bennett's wit, humour and optimism, and offered a sprinkle of delight to the plot that could have been depressing and tedious.

For the general audience, Pride and Prejudice is a pleasant and entertaining play that suits the taste of all. Hardly surprising that it is an "evergreen production" of The Gate Theatre that "has found new popularity as an irresistible stage drama". Whether the playwright or director is able to offer some new interpretations or perspectives to the original text is another question, which has been a subject of academic debate for many years anyway. Personally I believe it is not mandatory for adapted works, because the fundamental reason of adaptation is re-presentation in another art form for a wider audience or theatrical experimentation based on existing texts. Otherwise, why bother? To me, it is perfectly fine to stage an easily comprehensible and enjoyable production. In the case of Pride and Prejudice, it may also encourage the audience to pick up a copy of the novel and start reading. At a time when reading is rapidly losing favour to fooling around with social media and electronic gadgets, the importance of the theatre as a means of literary conservation and inheritance can hardly be underestimated, as we have seen in the traditional Chinese theatre. 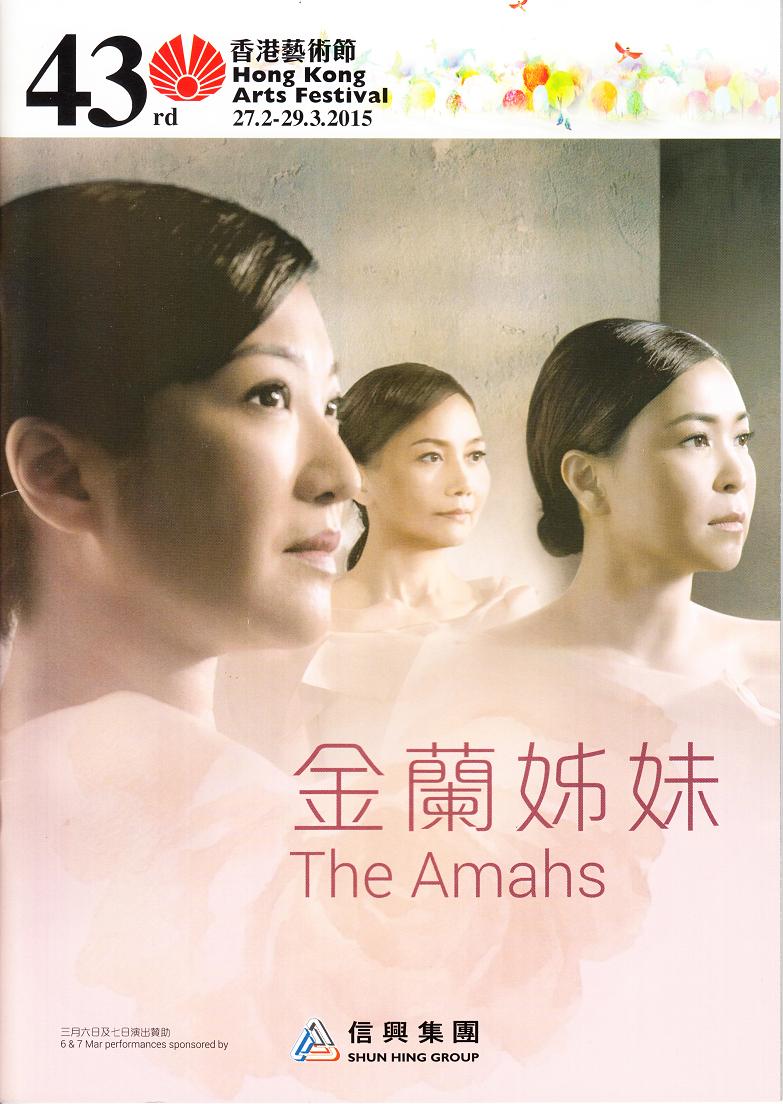 From home to home,
I am on my own.
Sipping coffee,
Licking a wound,
From tip of the tongue
pours the bitter, unspeakable tone.

Apart or assembled,
Longing seems inexhaustible,
Like a chain of flowing waters,
Swords and sabres subside,
Interception is impossible.

Dream is but a dream,
Sweet and sound as it seems,
Sustains not the softest whisper of reality
When the morning sun beams.

From home to home,
I stay on my own.
Tempted as ever,
Harder to resist,
The battle fights on
till the heart rests in tomb.