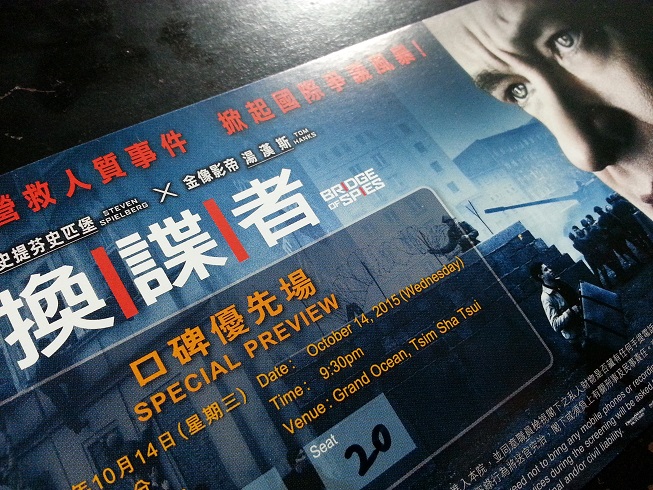 Great thanks to my friend for inviting me to the special preview of Bridge of Spies last night.

This latest film directed and produced by Stephen Spielberg is not really a breath-taking thriller, but certainly a well-structured and neatly made film that manages to grab my full attention for more than two hours towards midnight, despite after a long, exhausting day.

Set against the zenith of the Cold War when the human world was divided by hostile confrontations between the so-called Free World and the Communist Bloc, Bridge of Spies is yet another attempt to preach the superiority of American values, and to demonstrate its paramount skills of soft-selling, or, if I may, hard-core propaganda in perfect disguise. Only by combining these two – values and effective propaganda – would it constitute the true meaning of Mainland Chinese buzzword "soft power". Values untaught are meaningless. Propaganda without content is useless. To instil values in people's minds with little, if any, doubt and resistance, and convert them into loyal disciples or even enthusiastic preachers of such values is the best possible form of propaganda one can ever achieve.

Stereotypes are common in propaganda. They are very effective too, because they work on people's natural quest for identity – who I am and who not. Not surprisingly, Bridge of Spies continues the endless loop of stereotypes. Most notably, those from the Communist Bloc are cold, cruel and inhumane. Trust and respect do not exist behind the iron curtain. Torture and violence are the most common means to achieve anything. On the contrary, the United States is warm, caring and civilised. The plot and characters aside, even the colour tones in New York and Berlin are powerful agents of such a perceptual reinforcement.

Perhaps James B Donovan (Tom Hanks)'s monologue at the Supreme Court in Washington DC, where he pleads justice for his client, Rudolf Abel (Mark Rylance), a New York-based German painter accused of being a USSR spy, can be seen as the value statement of Bridge of Spies. Albeit brief and interjected, it is tremendously powerful in terms of advocating American values. It is powerful because it appeals to people's natural craving for justice, although most of us know Donovan's principles are, in reality, little more than high-sounding hopes. In fact, references of this discrepancy between the ideal and reality are abound in the film, although they may seem disproportionate compared to Donovan's extraordinary moral integrity and persistence.

Undoubtedly Hanks' portrayal of Donovan is the most dominating, but it is Rylance's humble but refined performance as Abel that impresses me most. His famous line "Would that help?" may sound somewhat cynical, but it is a great reminder to people like me who always tend to think and worry too much.

While Donovan's unwavering practice of what he believes seems somewhat surreal, and difficult to achieve in real life, it is inspiring anyway. It simply reminds me that only God and time will tell who turns out to be right. In many cases you just need to hold on to your belief, even though it means exposing yourself to all sorts of attacks, dangers and troubles. Challenges and hardships are often testimony of righteousness, as history has repeatedly told. 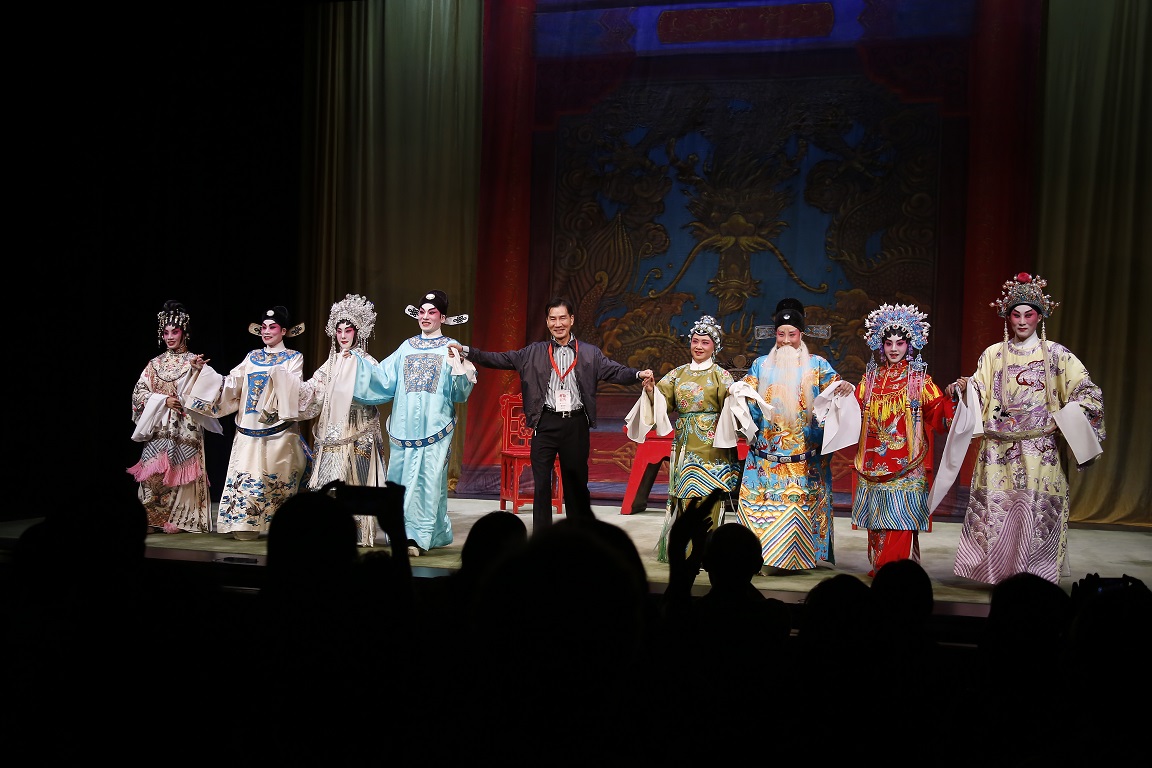 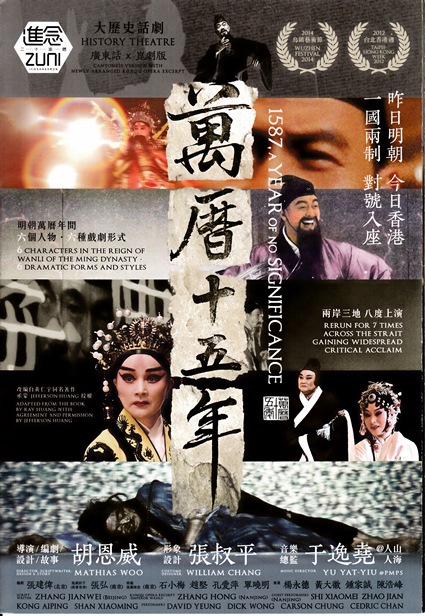 Posted by 秋盈 at 5:35 pm No comments: Links to this post