Never really interested in plants, I have very little knowledge about trees, flowers and other forms of vegetation in the countryside. But I do enjoy the natural, sensual pleasure of seeing beautiful flowers, especially plum blossoms. The romantic connotations nurtured by Chinese literature over the past millennia have become conditioned reflexes of the brain that attach an extra layer of humanistic enjoyment. But it is equally enjoyable to watch blossoms beaming in fine weather.

Driven by the urge for natural beauty, I joined a group of friends to hike to Tai Cham Koi in Sai Kung on the second day of the New Year. Pardon for my ignorance, it was more strenuous than expected, and seems to deserve more than a three-out-of-five-star rating in terms of difficulty. For almost two hours at noon we ascended more than 400 metres by climbing the slippery gravel slopes, almost non-stop, to reach the highest hill in the vicinity. While I must admit that I was terribly out of shape due to the lack of physical exercises over the past two months, the bulky backpack stuffed with a full-framed camera, a telephoto lens, two bottles of water and two jackets was undoubtedly a heavy burden. The weather was surprisingly pleasant, with the sun beaming unreservedly in the blue, cloudless sky. The unexpected heat simply stretched the limits of my physical fitness even further.

Notwithstanding the physical challenges, the hike was quite enjoyable. Looking back at the green peaks, ridges and valleys sprawling across the sea dotted with nameless islands is indeed refreshing and revitalising. We could even see the peaks of Ma On Shan and Pat Sin Leng, as well as the enormous white statue of Avalokiteśvara (usually translated as Goddess of Mercy) of Tsz Shan Monastery. 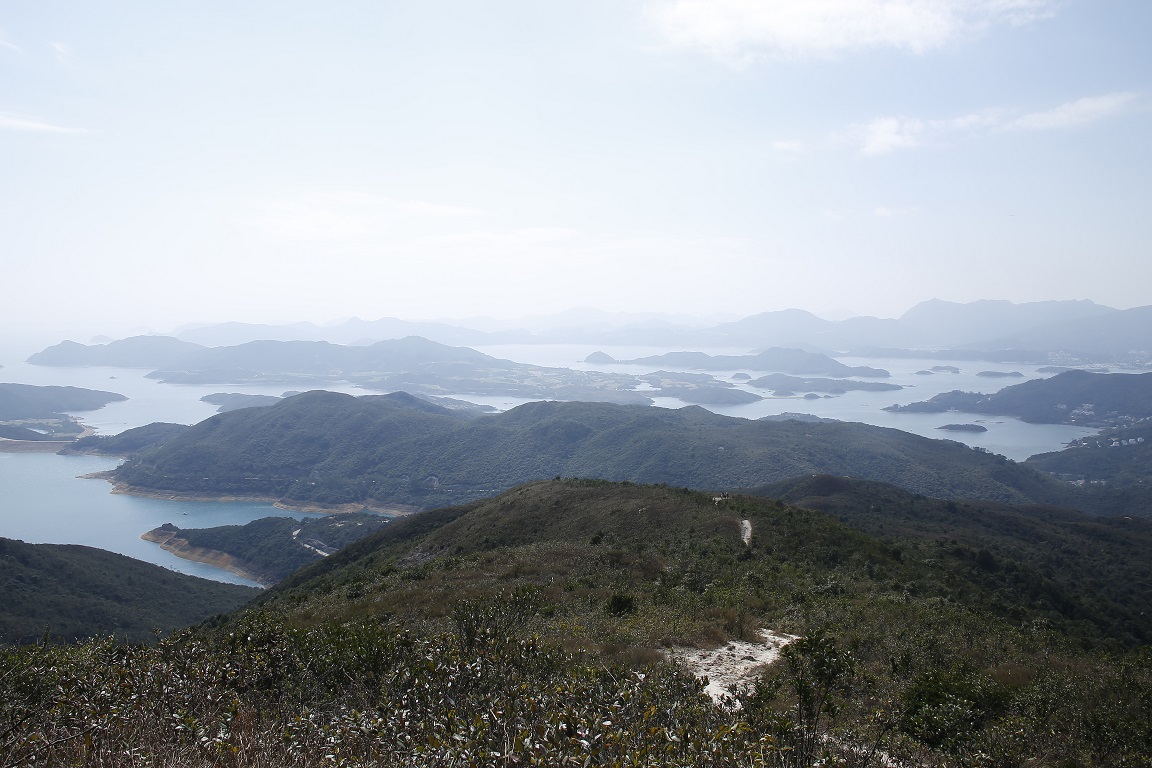 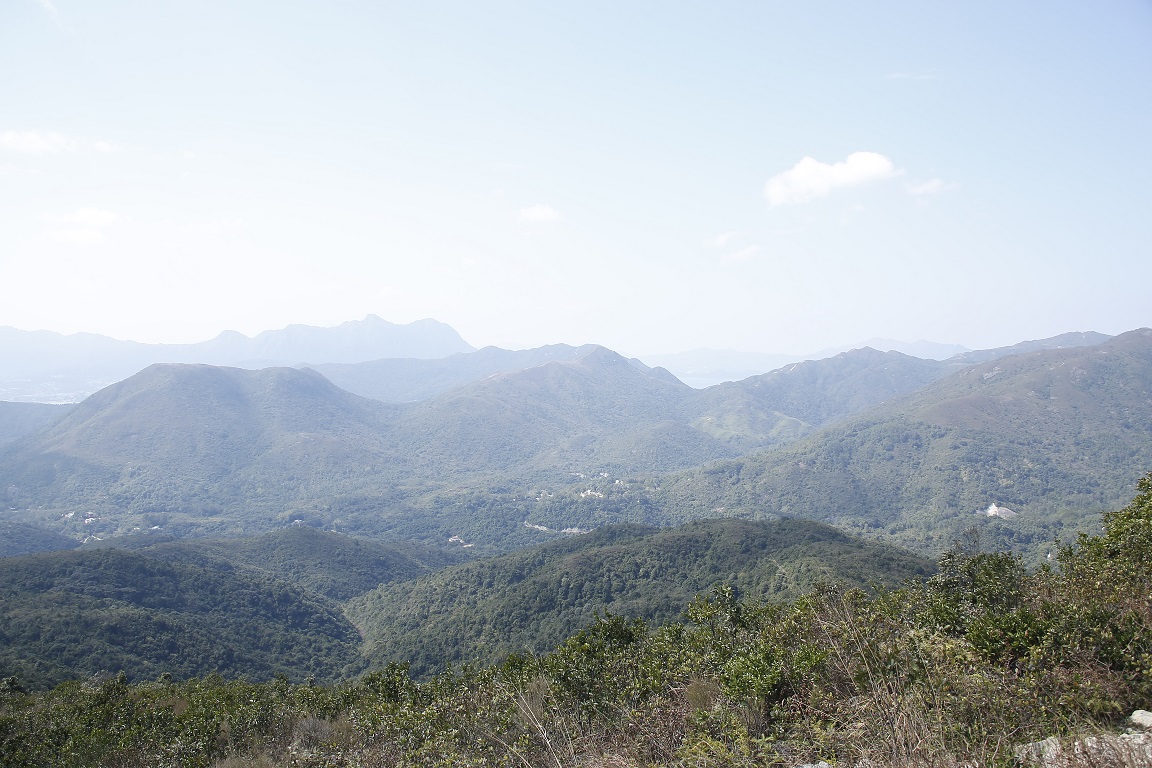 Indeed, the hike was meant for having a glimpse of the Chinese New Year Flowers, but we were somewhat disappointed as there was only one bush of good-looking blossoms along the way. Altogether we came across three, but the last two were not as good as the first. I only managed to take a few snapshots, trying to give my souring leg muscles a break, before moving on. 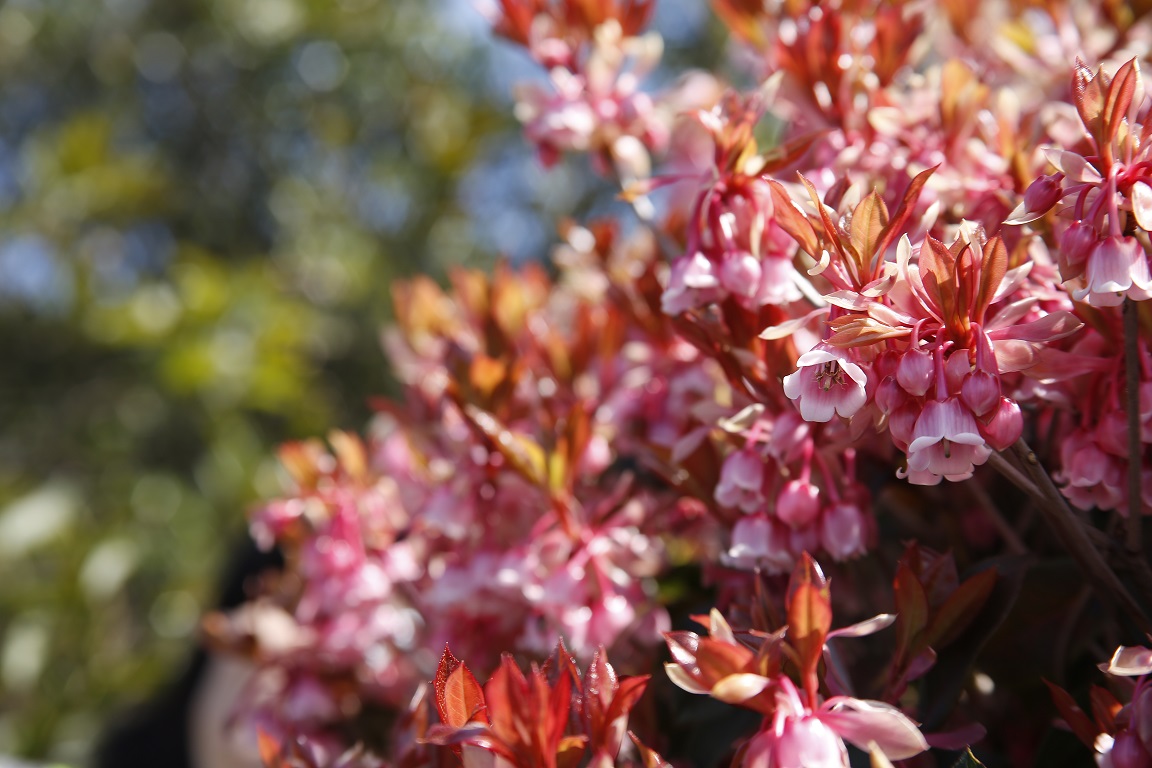 Before setting off in the morning, I was greeted with an unwelcomed surprise – news of the riot in Mong Kok at late night on the Lunar New Year Day. Based on the news reports and rumours on the internet, it seems only God knows what the true trigger was. Like the Umbrella Movement two years ago, people are further divided for what they choose to believe, and their refusal to open up the ears and the mind trying to understand those who disagree with them. Most people are too eager to preach their own belief without a second thought – to what extent what they believe is true and justified, given the extremely limited credible information?

Neither the natural beauty of the landscape nor the physical stretch of the hike could spare me from the despair and indignation watching the news of the riot. 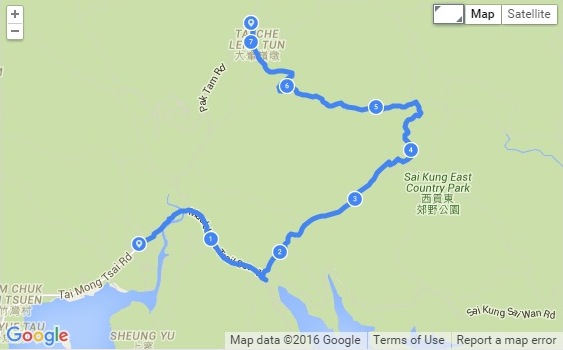